At this year’s CineKink film festival in New York City, we saw a collection of kinky short films that ran the gamut from terrible to wonderful and everything in between. Here’s our take on the eight shorts we saw. 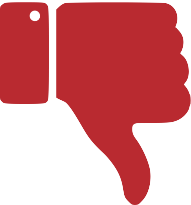 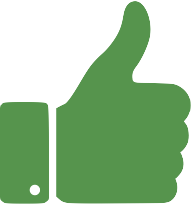 Spanko: This aptly named short tells the story of a woman who finally turns her spanking fantasies into reality and, in the process, embraces her true self. The scene in which she loses her spanking virginity effectively captures the confusing mix of trepidation and excitement that marks nearly everyone’s first kink experience. It also shows a great example of scene negotiation, which is hard to come by in movies. The story was intriguing and entertaining, but some of the details could have benefited from more exposition and almost seemed like relics from a longer version.

Little: As this unfortunate film opens, we meet Sophie upon her release from a psychiatric ward where she’s been sent for self-harming. She returns home under the watchful eye of her mother, who hates Sophie’s little side and resents her for having been sexually abused years ago by Sophie’s father. To escape her oppressive home life, Sophie decides to move in with a “mummy” whom she’s only spoken with online and who already has another little, Brian. As if this utterly unrealistic turn of events weren’t enough, the audience then has to contend with Sophie’s increasingly erratic behavior. One minute she revels in being cared for by her new “family”; the next she attempts to seduce both Brian and mummy. In the end, the audience is forced to conclude that Sophie’s littleness is inextricably linked to childhood trauma and mental problems, which feeds into a tired and often erroneous narrative that’s apparently still alive and well in media portrayals of kink.

Two People, One Ring: We weren’t quite sure what to expect from this given the allusion to 2 Girls, 1 Cup, but we ended up completely charmed by this story of a middle-aged couple in a hotel room who give new meaning to the concept of a love-hate relationship. The man has hidden a ring somewhere in the room, and to get him to reveal where, the woman hurls increasingly creative, scatological, and ridiculous insults at him, turning him on to the point that he finally spills the beans and they get ready to attend their own wedding.

Interested in more kinky films? Check out our rundown of the best kinky movies ever and our favorites from the 2020 CineKink festival.

EmailTwitterFacebookRedditWhatsApp
Subscribe to our newsletter and get a free CNC scene planner worksheet!